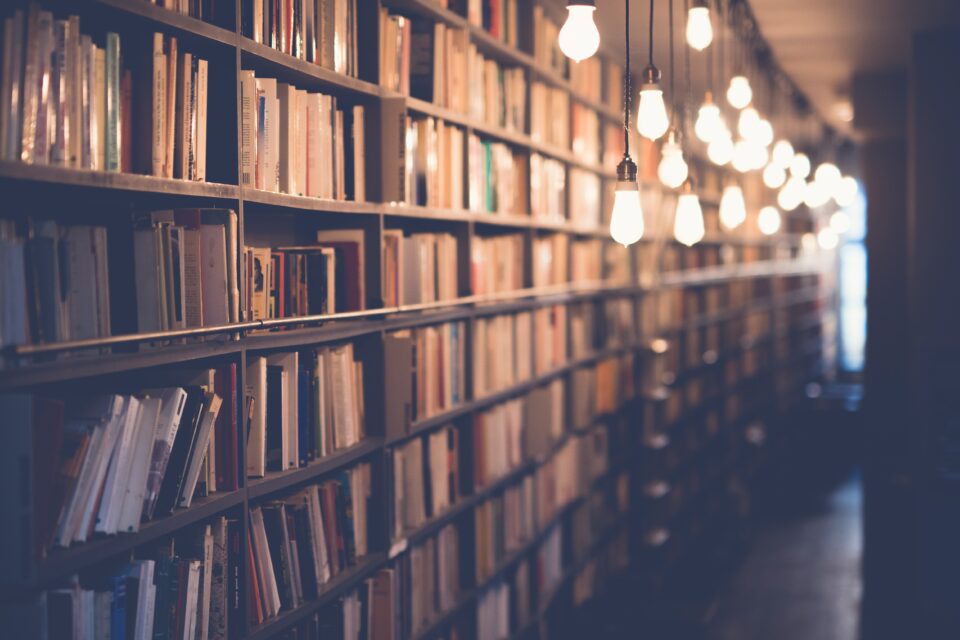 Politics is often viewed with suspicion by many. For some, it is a shadowy strange world into which only a few peculiar souls venture voluntarily. Others might even view it with downright hostility; politicians are hardly ever regarded in the top tier of trusted or liked professionals. As with all professions, of course, there are good and bad eggs but the prevalence of politics in our daily lives, whether we like it or not, means that it is often only the scandals, failures and disappointments that are remembered when the great deal of genuine hard work and desire to improve things often goes unnoticed.

I have chosen five books that have shaped the way I view the world around me, each under a heading that best describes my own political journey. These books have given me insight into others’ perspectives and highlight why I believe in the power of politics to change things for the better.

“Alliances are complicated enough in victory, but in defeat they are bound to produce the worst recriminations imaginable.”

I’ve always been fascinated by the Second World War. I am essentially a product of it. My grandmother was German and met my British grandfather in a displaced persons’ camp in Italy at the end of the war. It was their love and eventual move to England that united two families who had been on opposing sides. My political awakening in the late 1980s came at a time when the real end of WW2 came – in 1989.

Beevor is not just an exceptional historian, but he is a brilliant storyteller. He is able to transport the reader into the events and circumstances that led to the war, and then to guide them step-by-step through the myriad of conflicts around the world that came to define it. He achieves what few historians are able to do, which is to place the reader in the context of the time. As such, much of the campness and righteousness that is often subsequently attached to this era is removed and it is revealed for what it was: the most comprehensive documented failure of mankind and a total breakdown of civilisation. And it began with chilling echoes of the politics we see today. No period of history better illustrates to me the necessity of multilateralism and the EU, with its imperfect and often infuriating institutions.

#2 The founding of the EU

“Men only act in a state of necessity and usually only recognise necessity in a situation of crisis.”

Given the horrors of WW2 it’s perhaps a little tempting to assume the EU would have happened anyway. I mean, isn’t it obvious? Far from it. And just as the venerated Founding Fathers and political philosophers of other countries are much studied and celebrated so too should be the creators of the forerunners to the unique structure that is the EU. Monnet was as complicated and unlikely a figure as the institutions he created the foundations for. He merged vision and experience into a fine art and the resulting diplomacy paved the way for policy-makers and statesmen and women to consider themselves as “European” rather than simply of their own particular corner of Europe. If you’ve ever been tempted to think that the EU is an accident of history, or that its creation is rather pedestrian given the sometimes byzantine nature of its work then read this book. It will dispel those myths and reveal the early conflict and genius that gave birth to the Brussels we know today.

#3 The contrast to the EU

Nothing to Envy, Barbara Demick

“In North Korea, you don’t own your own home; you are merely awarded the right to live there.”

To truly appreciate the political system you have, you have to be able to compare it to alternatives. And there is perhaps no more extreme – or grotesque – comparator to democracy than the regime in North Korea. A popular image of the country is of the big, camp military parades in Pyongyang with legions of smiling peasantry showing their gratitude to the benevolent dictatorship. Whilst we know that the reality is much darker, we perhaps allow ourselves a degree of amusement, if not admiration, if only for the expert choreography of the whole thing. I have never been able to look at those parades, or images of tourists and North Koreans bowing at the 20-metre statue of Kim Il-Sung in quite the same way. The scale of the state’s mind control, where people celebrate the eternal president as embodied in the rising sun each day, is total. So total that even where the first-hand accounts of defectors is shocking enough, even more so is the degree to which many are incapable of surviving in a mirror-land, South Korea, where each and every decision about their daily lives is not taken for them. If decisions in the West are supposedly taken to maximise the opportunity and possibility of each person (with mixed success of course) the complete opposite is true in North Korea. There can be no greater evil than a system whose sole purpose is to extinguish any and every flame of individuality, talent and hope inside each and every citizen.

“Start with an honest analysis of why you are in opposition, not in government.”

I knew early on that Labour was my tribe. Belonging to that tribe was a function of both proactive belief and alignment with a set of principles, but also a reaction to something I saw – and still see – as a threat to those principles: the Tories. There is lots to be said about what New Labour did wrong in government, and certainly no shortage of people prepared to give voice to that. But the contrast to the situation today gives me no doubt whatsoever about who I would rather were in power in the UK. Philip Gould was a remarkable figure who was at the heart of the project to make the Labour Party electable again in the 1990s. The focus and drive he brought to the project was instrumental in many of the decisions taken by the party’s leadership of the time. His book, which was updated just before his death from cancer and just after Labour’s thirteen years in power ended, gives unparalleled access to the internal politics of the time, and to the extraordinary transformation undertaken by the party to finally wrest control from the Conservatives. The past is another country and the methodology used back then cannot simply be repeated now, but there is a clear resonance between the predicament the party was in during the 1980s and now and it would be beyond foolish to pretend that we cannot learn from the successes of our predecessors. Reading it you will gain a good understanding of what drives many Labour supporters – including those who are now in a position of leadership within the party.

#5 Insiders’ guide to US politics

All Too Human, George Stephanopoulos

Despite being so much younger than most European countries, the US has by far the most advanced and developed political system in the world. Of course, many of the ideas that are employed in US politics originate elsewhere – not least from the author of the book above, who himself went on to advise the Clinton campaign – but they are often refined and taken to perfection in the US. For this reason alone, an insiders’ guide to working in US politics is a must-read. Stephanopoulos’ book serves two purposes: to inform the reader about how American politics works but also to describe the toll (and joy) it puts on the individual as a human being. The intoxicating nature of politics and the scale of the day-to-day decisions is writ large in this account. As with all autobiographies the reader should come prepared with their own background knowledge of the era and context in question (no-one is going to write a book about themselves from completely dispassionate standpoint) – and then be transported from the onlooker at the gates right into the West Wing and thence the Oval Office itself. There are far too few accounts of the clash between idealism and reality and this is one of them. Essential reading for any aspiring political apparat.

Seb Dance served as a Labour MEP for London from 2014. He was Vice-Chair of the Environment, Food and Public Health Committee of the European Parliament and was his political group’s media spokesperson on climate change and air quality. He also served on the Industry, Research & Energy Committee, the Development Committee and the Agriculture Committee. He was Deputy Leader of the European Parliamentary Labour Party.​​

Before being elected to the European Parliament, Seb worked for the development charity ActionAid UK, campaigning for structural changes to alleviate poverty. Prior to this, he worked as a Special Adviser to the Secretary of State for Northern Ireland in the last Labour Government.